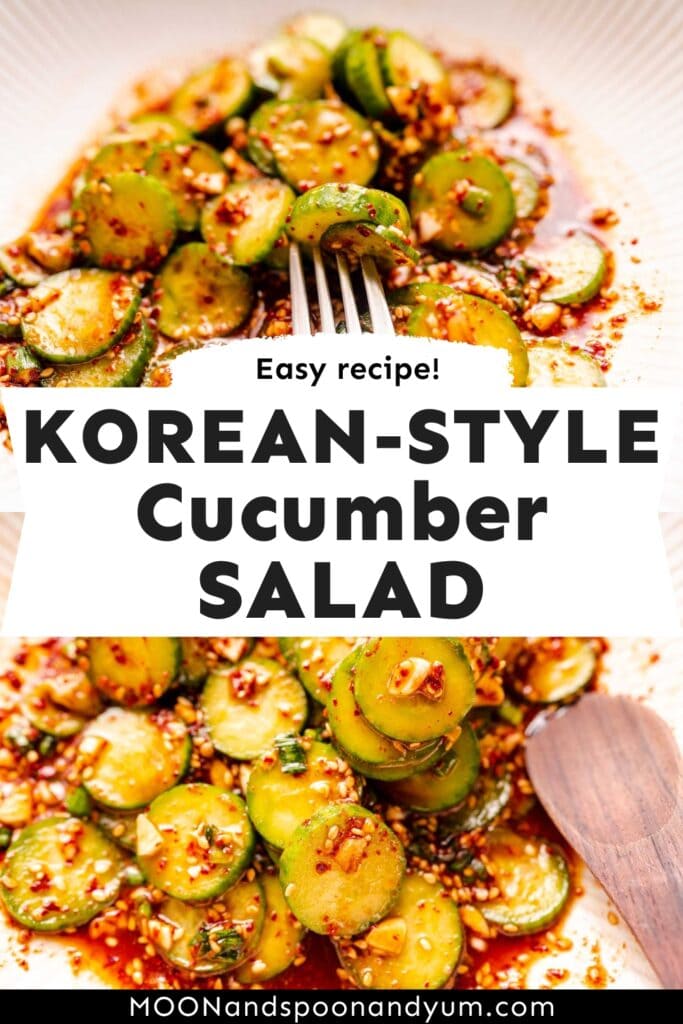 This Korean cucumber salad is a quick and easy recipe with both spicy and tangy notes, for a truly delicious culinary journey. Naturally gluten-free and vegan.

🥒 What is Korean Cucumber Salad?

❤️ Why You Will Love This Recipe

Green onion: Green onions contributes greatly to both the flavor and texture of this recipe. If you do not have green onion, you can use chives, red or white onion, or a shallot instead.

Salt: I like to use sea salt or pink Himalayan salt in this recipe for the best results.

Gochugaru: Gochugaru are Korean red chili flakes. They have a mildly spicy, smoky flavor and are highly recommended for this recipe. You can use conventional red pepper flakes for a still tasty recipe, but the flavor will be different than the more traditional Korean flavors intended in this recipe.

Soy sauce: Soy sauce adds some umami notes and some saltiness. Use gluten-free soy sauce if necessary, and while the flavor will be slightly different coconut aminos taste really wonderful in this recipe, too, and makes a suitable substitute.

Brown rice syrup: I like to use brown rice syrup in this recipe as it is very similar to traditional Korean rice syrup. If you do not have either of these, use any sweetener you have on hand instead.

Rice vinegar: Rice vinegar adds some acidity to this salad. Feel free to use any vinegar you have on hand instead. Our favorite gochugaru to use in this recipe.

Buy Now
We earn a commission if you make a purchase, at no additional cost to you.

🔪 How to Make Korean Cucumber Salad

This Korean cucumber salad will keep stored in the refrigerator in an airtight container for up to 5 days.

Traditionally, this dish is commonly served alongside some white rice and other assorted small side dishes like cucumber kimchi, bean sprouts, pickled veggies, bok choy, or radish salad.

Some other ways to enjoy it:

Gochugaru are Korean red pepper flakes made from the Korean red chile now as "gochu". You can find it in both coarse flake form and chili powder form. It is commonly used in the Korean chile paste known as gochujang.

What are Korean cucumbers?

Korean cucumber salad is mild to medium spicy depending on how much gochugaru is used. 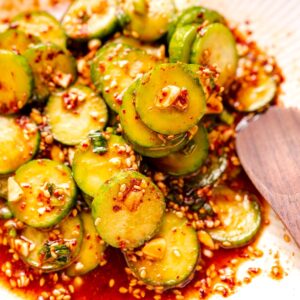 Please see the full post above this recipe card for valuable information!

Gochugaru
Have you tried this recipe?Please Rate + Comment Below!
Mention on Instagram!@moon.and.spoon.and.yum