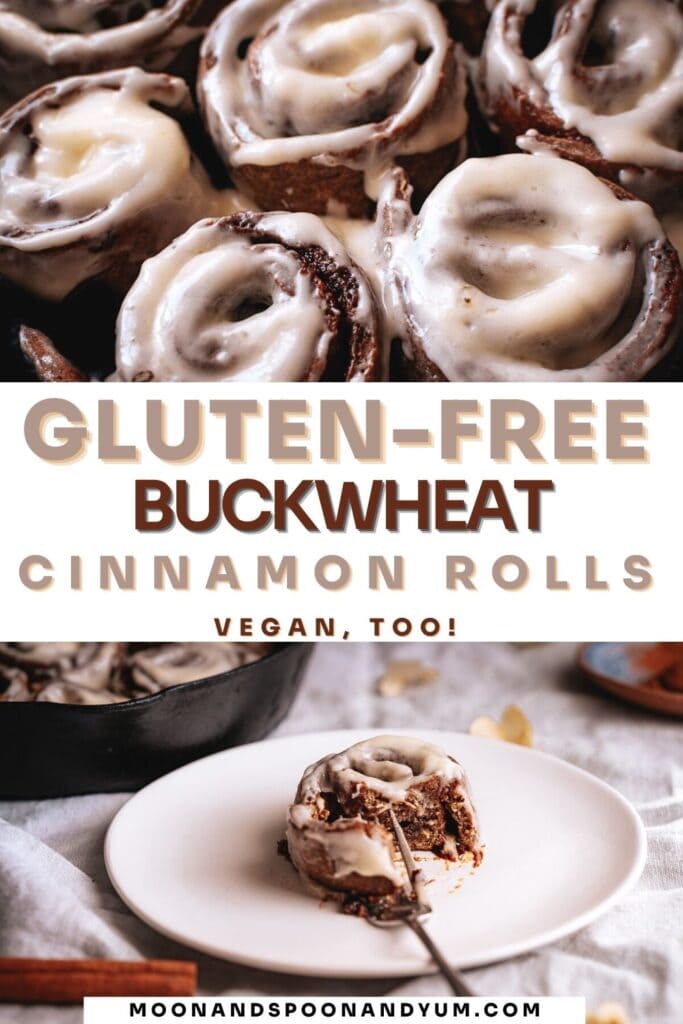 Who doesn't love a good cinnamon roll?? We love our buckwheat pancakes around here so I had the idea to impart that almost nutty flavor to some good ol' cinnamon rolls, too! The result? Super scrumptious, super cinnamon-y, fluffy cinnamon rolls that are gluten-free and vegan, to boot!

Step 2: While dough is rising, make the filling. Combine filling ingredients and mix until smoothly combined. Set aside.

Step 3: Once the dough has risen, place it on a parchment paper lined cutting board or countertop. Sprinkle with flour roll out into a rectangle about 1/4" thick.

Step 4: Spread the filling over the dough and using the parchment paper, roll the dough into one long log. Slice into 8 cinnamon rolls. Place into a pan, cover and let rise for 30 minutes longer.

Step 5: Preheat oven. Prepare the icing by combining icing ingredients and mixing until smooth. Set aside.

How do I make these vegan?

Vegan options are listed in the recipe card at the bottom of this post. These gluten-free cinnamon rolls are naturally egg-free. For vegan, you simply use the coconut oil/vegan butter options.

Can I replace the tapioca starch with another starch?

Yes! Arrowroot and potato starch are suitable replacements for the tapioca, if need be.

Do these store well?

These keep well lightly covered at room temperature for about 24 hours. Any longer and I would suggest prepping them through the second rise, then covering and refrigerating (for up to 3 days) until ready to bake and enjoy fresh. 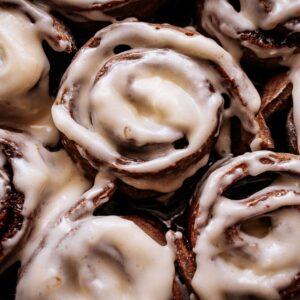 Bringing It All Together

Stand Mixer
Have you tried this recipe?Please Rate + Comment Below!
Mention on Instagram!@moon.and.spoon.and.yum