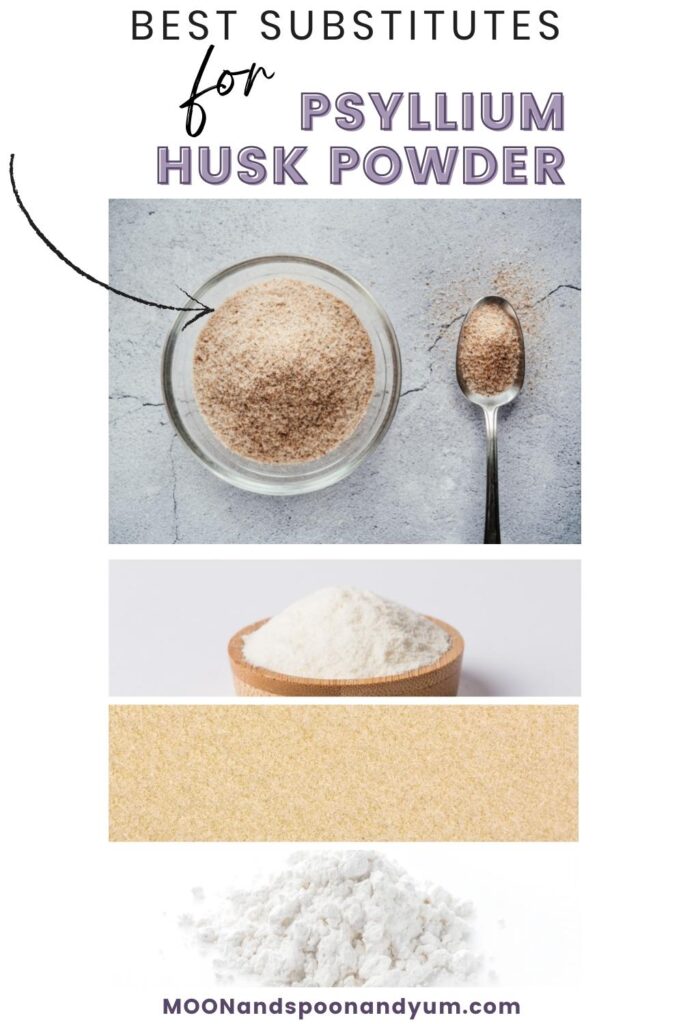 What is Psyllium Husk Powder?

Psyllium husk powder is the ground seeds of the flowering plants of the Plantago family of plants. Psyllium husk is commonly used as a dietary fiber and bulking agent to relieve various digestive conditions. It also works as thickening and binding agent when incorporated into foods and does not have a taste unto itself.

Psyllium husk powder can be used to thicken sauces, soups, ice cream, pudding and more when used in cooking applications.

Ground flax seeds work a lot like psyllium husk powder in baked goods. Ground flaxseed can be mixed with a liquid to form an egg substitute. Flax seeds would be my first pick when it comes to a replacement for psyllium husk powder for baking and can be substituted in a 1:1 ratio in most recipes. It is also a great source of healthy fats like omega-3 and omega-6 fatty acids!

Chia seeds are a close second when it comes to finding an alternative to psyllium husk powder for baking. Both whole and ground chia seeds work as an egg replacement and mimic the texture and purpose the psyllium husks usually lends to recipes. Use in a 1:1 ratio in most recipes.

Starches such as tapioca starch (aka tapioca powder or flour), cornstarch, arrowroot powder, potato starch and other food starches do a great job of replacing psyllium husk powder in many baking and cooking recipes. Starches act as a great binding agent and lend a chewiness to baked goods that can be reminiscent of the gluten found in wheat flour or conventional eggs. When used in soups, stews and other liquids, starch makes an excellent thickener. You might need to adjust the liquids used in recipes, but in the right proportion, starch makes an excellent substitute for psyllium husk powder!

Xanthan gum is a polysaccharide produced in powdered form and commonly used as a thickening and emulsifying agent in many packaged goods, and more recently has taken the world by storm as an excellent addition to gluten-free recipes for the home cook. It can be a great alternative to psyllium husk powder, though you will need to use a lot less for similar results (think 1 teaspoon xanthan gum to 1/4 cup psyllium husk powder). It is effective stuff!

Similar to xanthan gum, guar gum is a polysaccharide extracted from guar beans. Guar gum is slightly more powerful than xanthan gum (think 1/2 teaspoon guar gum to 1/4 cup psyllium husk powder), but it is slightly less stable and can lose its effectiveness when exposed to highly acidic ingredients (think baked goods with citrus juices or vinegar).

White rice flour is a flour that acts very much like starches in baked goods and also can thicken liquids in cooking recipes, making it another great substitute for psyllium husk powder. However, do not confuse white rice flour with brown rice flour, as they act very differently when baked or cooked with.

Regardless of what dish you are looking to replace psyllium husk powder in, I hope this list of psyllium husk alternatives helps you decide on the perfect substitute for your needs! 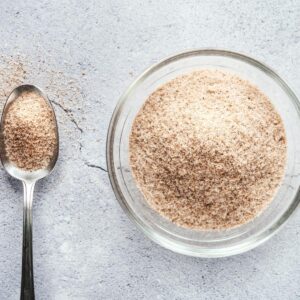 Coffee Grinder
Have you tried this recipe?Please Rate + Comment Below!
Mention on Instagram!@moon.and.spoon.and.yum

Best Substitutes for Milk in Mac and Cheese