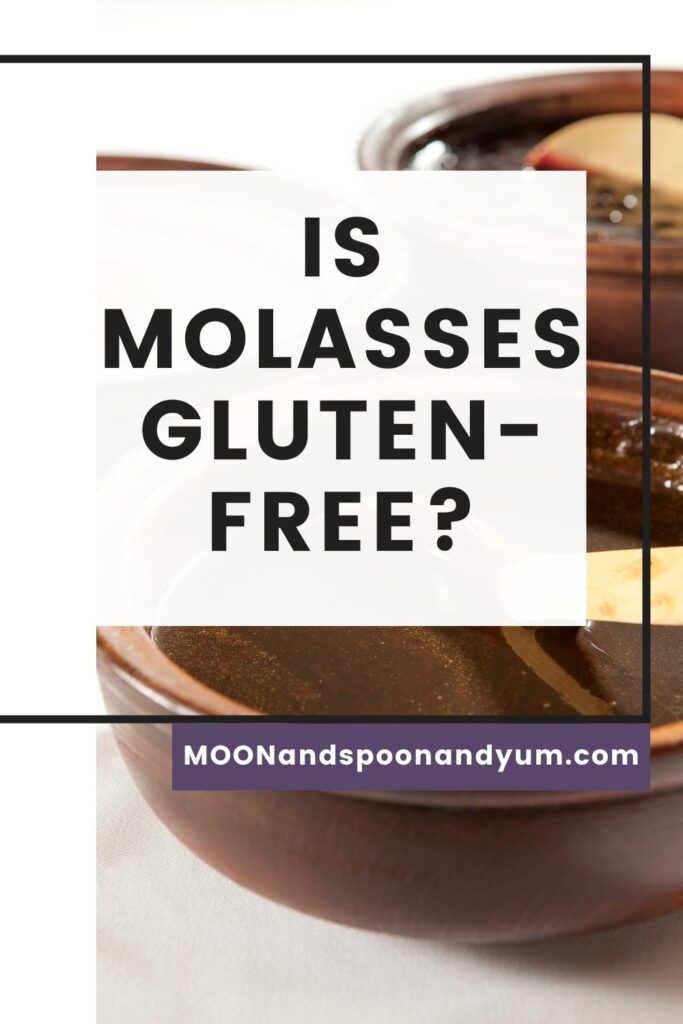 Molasses is commonly used in baking and cooking to add texture and sweetness to desserts and savory dishes. But, is molasses gluten-free? Find out in this informative article here!

Molasses was a staple sweetener in the olden days—the sweet, dark syrup a byproduct of sugarcane or beets—that is perfect for baked goods and sauces. Though it's not used as often now, it's still a popular product for recipes that call for that tell-tale molasses flavor (gingerbread, anyone?). But, what is it exactly? If you're looking to find out its benefits and answers to some common questions (is molasses gluten-free?, does it have health benefits?..) read on to find out!

Molasses is a rich, dark syrup that is extracted from sugarcane or sugar beets. After the sugar has been removed from the liquid taken from these sources, it is then boiled down into a thick syrup. It has a very dense consistency, and depending on how long it is boiled, different types can be created. Blackstrap molasses, for example, is achieved after the longest boiling process—usually after it's been boiled through three cycles. Aside from the flavor, molasses is also a good source of calcium, selenium, iron and copper, which can aid in maintaining healthy bones.

Molasses is a staple in a lot of recipes, especially for baked goods. Think gingerbread cookies. It's also good for sauces that require a certain sweetness to them, like Southern-style barbecue sauce (think sweet baked beans!) and other marinades. Molasses also makes a great substitution in recipes that normally call for honey or maple syrup. You can drizzle molasses on that stack of pancakes or swirl into that cookie dough with great results. So if you're looking for another gluten-free sweetener option that still packs a punch of flavor, look no further!

For those wondering what exactly gluten is, gluten is a family of proteins that is found in wheat, rye, and barley, which helps food keep its shape. While not necessarily unhealthy, it poses a danger to certain health conditions such as celiac disease, an autoimmune disease that could cause intestinal damage when gluten is ingested.

Because molasses is made from sugarcane, pure molasses is gluten-free. It's usually the only ingredient, so it's safe for gluten-free diets. A word of caution, however, when buying from the store: it's always best to check the nutritional labels just to make sure that no other ingredients are added or possible cross-contamination isn't present. However, for the most part, you're good to go!

Molasses is extracted from sugarcane through a process that causes sugar crystallization. After this is achieved, the liquid is separated from the sugar crystals, and then boiled. This is what creates molasses. Boiled the first time, you have light molasses—by far the most popular in the United States. It's the lightest in color—hence the name—and also the sweetest, so take note of that relatively high sugar content. Because it's also done after the first boiling cycle, it also has the least viscous texture.

Dark molasses, on the other hand, is what you get when light molasses goes through another boiling cycle. Because it goes through that process again, it loses some of its sweetness and gains a darker brown color. It also gains some bitterness to its flavor profile that you won't find in light molasses. Dark molasses is what you'd usually use for gingerbread and gingersnap cookies.

This variety of molasses is what you get after dark molasses goes through yet another boiling cycle. It has the darkest color and the least amount of sugar, which adds to the inherent bitterness as a result of the longest boiling. Though it is not used as often, it is nevertheless nutritious. Blackstrap molasses is a natural source of vitamin B6, which is necessary for the function of sugars, fats, and protein in the body. It's also rich in iron, calcium, potassium, and magnesium. There are several health benefits to blackstrap molasses, including treating anemia due to it being a good source of iron.

While it has molasses in the name—and while the process to produce sorghum molasses is the same—it is not technically molasses. Sorghum is made from sorghum, a cultivated grass, which then undergoes the same process as molasses to produce a thinner syrup. It also has a higher sugar content than even maple syrup or white sugar. Sorghum molasses is often used in Southern cuisine, adding something of a sour taste to its otherwise sugary flavor.

Here's the deal: when buying molasses, you'd usually find the term "sulphured" or "unsulphured." Fret not! The only difference is the presence of sulfur dioxide, which aids in preservation. Sulfur dioxide is added to molasses when the sugarcane is processed before it has matured, whereas unsulphured molasses is made from sugarcane that has already matured, hence eschewing the need for further preservation.

Pomegranate molasses is not made from sugarcane at all. Rather, it's made from pomegranate juice that has been cooked to achieve a thick, syrupy consistency. It's not necessarily a sweetener, unless extra sugar is added, as it is rather tangy in nature. Instead, it's often used as a condiment in Middle Eastern cooking, where it's considered an important ingredient.

How to Store Molasses

When storing molasses, it's very important to remember that heat and humidity are your biggest threats. Store your molasses in a cool, dry place to avoid the risk of bacteria growing into mold. If it gets too hot, you can store it in the fridge—just make sure that it's room temperature when using to retain the consistency, as cooler temperatures may make it harder to pour.

Gluten-free molasses is easy to find in your local supermarkets and grocery stores. Check out these brands and manufacturers for your gluten-free needs:

I use molasses in gluten-free baking and cooking rather frequently! Here are some of my favorite uses:

Molasses is a staple sweetener that's healthy, gluten-free, and easy to store. In moderation, it's a great addition to your gluten-free diet.